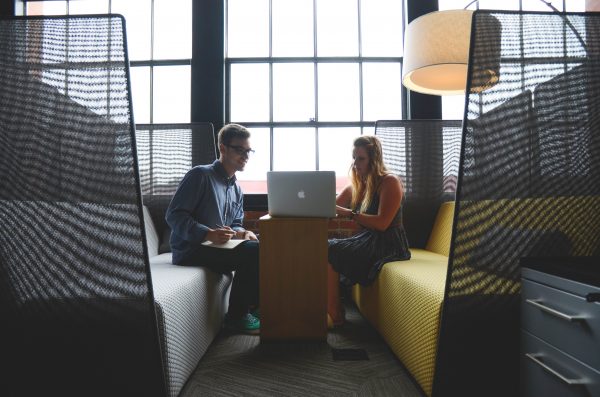 1) Build Trust In Your People

Your biggest role is to build trust, respect and support from your team. A mutual respect. As long as they deliver, you will support them and stand up for them in every way — and they know it. It’s a never-ending job and you can never slip up.

It’s your job to communicate your message, your values, what’s right about what’s happening, and what’s wrong — over and over and over again. There can be no lack of transparency. Everybody has to be on the same page. Even when you’re ready to gag over the message, you have to keep communicating it.

Just because you say something once, it doesn’t mean it’s going to happen. Too often, managers think, “Hey, I told my team what to do.” Then they come back a week later and nothing has happened. Yes, your job is to set the direction. But you also have to make it your mission to follow up — relentlessly — to see that things are moving in the right direction.

Defining an enemy is very helpful in all competitive situations. Define a fairly larger competitor in your industry that you wish to fight with over market share. Rally the team around every win you have against them, every new product you introduce that’s better than theirs. Make that competitor come alive as your true enemy and you’ll see your team galvanize around beating them and winning in the marketplace.

When you pick someone for a new job, you are defining what’s important. Managers love to give speeches about how their new initiative is the most important thing in the world. But then they put whatever warm body happens to be available in charge of it. Nothing could be worse. When you make an personnel appointment, you’re doing much more than any speech you could ever give. The people in the organization already know who the star performers are. And matching those stars with the projects you claim are important is absolutely critical for your credibility and the trust you want to build.

6) Be generous to performing staff

Every good leader loves to give raises to performing people. They are thrilled to see their good employees grow and be promoted. They are turned on by their success. Good leaders understand that they are only as good as the reflected glory of their people — and so they are generous when it comes to rewarding their performing staff.

Don’t let bureaucracy creep into your place. Just because it’s your bureaucracy it doesn’t make it any prettier than someone else’s. Get rid of clutter. Bureaucracy slows things down and speed is one of the best competitive advantages you can have.

Recognize that in business, somebody out there is always doing something better than you are. Your team can get insular and come to believe they’re already doing everything right. Your job is to ask, “How can we do it better? Where can we find someone doing it better?” Finding a better way of doing things every single day can become so much more than a slogan. It can become a way of life and make your group stand out above the rest.

Look, you’re not the only person in the history of the universe who has ever made a hiring mistake. Once you understand that hiring is hard work and you’ll surely have missteps along the way, realize that you’ve got to deal with mistakes fast and compassionately. Recognize that it was your fault that the fit didn’t work and get on with it. The team will respect you more. The hire you dealt with fairly will respect you more.

Without a doubt, crises are going to erupt in your business career. The most important thing is that you must maintain your composure at all times and never forget that you must always be viewed by your staff as their fearless leader. You must face such issues head-on and not aviod or delay them due to the depressing nature of such issues.

There will be unexpected emergencies. Something very bad or totally unexpected issues get discovered or, sales drop dramatically, someone will do something drastically wrong, or you have to face into a violation somewhere in your organization. To make matters worse, when you first hear about it, you’re not going to get the whole story. You’re only going to get the tip of the iceberg at first. Underneath lies 90% of it. Your team will come to you and feed you, piece by piece, a slow-drip expose of the crisis. Your job is to dig deep, early and fast, to get it all to the surface. Be candid. Recognize there are no secrets anywhere. Get the right people involved immediately. And you will see a swifter resolution to problems.

We specialize in increasing human output in business with the specific goal of increasing sales and bottom line profits. Our work is not limited to any specific industry as they are all operated by human beings. Here is a partial list of some of our clients whose sales and profits we have increased: 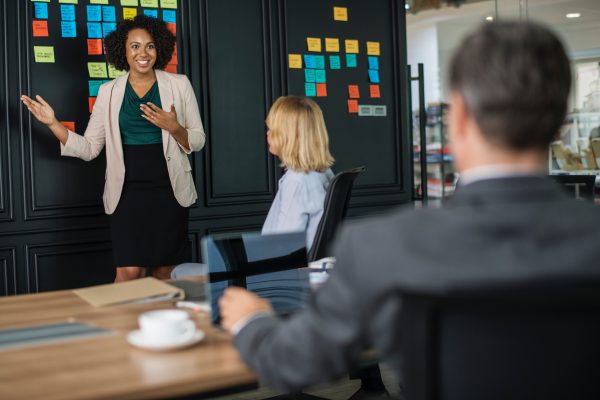 A local branch of an insurance company specializing in selling long term care plans was experiencing low sales. The normal mode of sales was cold calling by sales agents who would then make an appointment to see mostly retired individuals in order to explain the program and close the sale.

In the beginning there was no methodical approach to train the callers do this successfully. After six months, the sales increased by 35% as a result of the sales training routine that was established.

This is a company specializing in importing and distribution of food items from many overseas countries to US supermarkets. They were having problems establishing contacts and working relationships with buyers of companies in order to make presentation and get orders after many repeated trials.

We managed to find and train an individual acting as an inside employee with the necessary talent of making such appointments which resulted in obtaining many appointments for the VP of Sales of the company and a 50% growth in sales within one year.

This $14 million consumer electronics company produces its goods in far east and markets them mainly in Mexico and other Latin American countries. They contacted us back in 2006 with the goal of establishing better organization and increasing the performance of their staff.

This business was started by two partners who had some long term communication and working issues between them.

We helped resolve the issues in between and bring a culture to the company that resulted in much smoother operation and 30% increase in sales within one year.

This was a $1 million company specializing in importation of home décor items such as artificial flowers, personal care and fragrances which are mainly sold in major retail chains.

Since the company started working with us three years ago, the company has grown by 300% in sales volume through business strategies impacted and coached by us, which included forming teams of highly driven people to work with the company, design of appropriate compensation plans and formulation of new business models.

This is a multi-billion dollar venture capital company specializing in high technology and financial investments. We worked with them on one of their projects in 2008. We generated a new e-commerce division to an already existing brick and mortar operation which resulted in generation of $5 million dollars additional sales for the company within the following 12 months.

This is what the CEO had to say recently when we asked him for a testimonial to be put in our web site:

“Shawn Halimi Consulting is an essential resource for any CEO or senior executive who is committed to leading their organization to new, unprecedented levels of performance. They operate as partners with passion, integrity and dedication, employing their powerful methodology to build organizations that bring out the best in people while delivering outstanding business results.”

This diamond ring manufacturing company sold 50% of its stock to an investor who was also supposed to remain as silent partner.The way, it turned out, the investor discovered that the partner had made certain misrepresentations and the company was experiencing operating losses almost immediately after the deal was closed.

We were brought in by the investor to remedy the situation. We changed the business model by disbanding local manufacturing and transferred manufacturing to Thailand, thus reducing both the cost of goods and operating expenses drastically.

The company became profitable again and was sold with a profit to a new owner.

This is a $12 company specializing in doing installation contract work for major cable companies with a staff of 200 people.

We were asked to help them with problems regarding management issues encountered with distant local branches and their staffing. Within six months the president of the company was very satisfied with the results and reported an impressive increase in his bottom line which he confired that it directly related to our intervention.

This is a $12 company specializing in doing installation contract work for major cable companies with a staff of 200 people. We were asked to help them with problems regarding management issues encountered with distant local branches and their staffing. The president of the company was very satisfied with the results and reported an impressive increase in his bottom line directly related to our intervention.

This is a specialized contractor of building products who came to us to develop a proper infrastructure for their company after 13 years of being in business and increase their annual volume of contracts, back in 2001.

After one year we implemented a new competitive bidding system that increased the contracts on hand from $2 million to $10 million.

This one million dollar contractor of architectural precast components which are used as decorative pieces for buildings.

The owner of this company started a business coaching relationship with us. During the course of one year, we helped increase their sales by 75%.

We developed a system for bidding and acquiring projects which has worked very well and proved invaluable in terms of acquiring new business for the company with minimum investment and capital.

As companies age their Founders develop tunnel vision. Breakthrough solutions do not result from following the same long established patterns of thought.

Your biggest role is to build trust, respect and support from your team. A mutual respect. As long as they deliver, you will support them and stand up for them…

As a business owner or executive you can only achieve what you spend your limited time on during during each workday! Getting to the next level…

When it comes to competitive sports or arts every star has a coach. You can also increase the competitive advantage of your company by aligning yourself with a proven business coach and be…

Business results cannot be changed without changing the behavior of employees. As the owner, president or CEO technically speaking you have more power than anybody else in your company…

Employees’ behavior and performance is ultimately decided by what they infer due to their own direct observations and interpretations of what they witness or get exposed to in the work environment.

Let’s get your company back on track